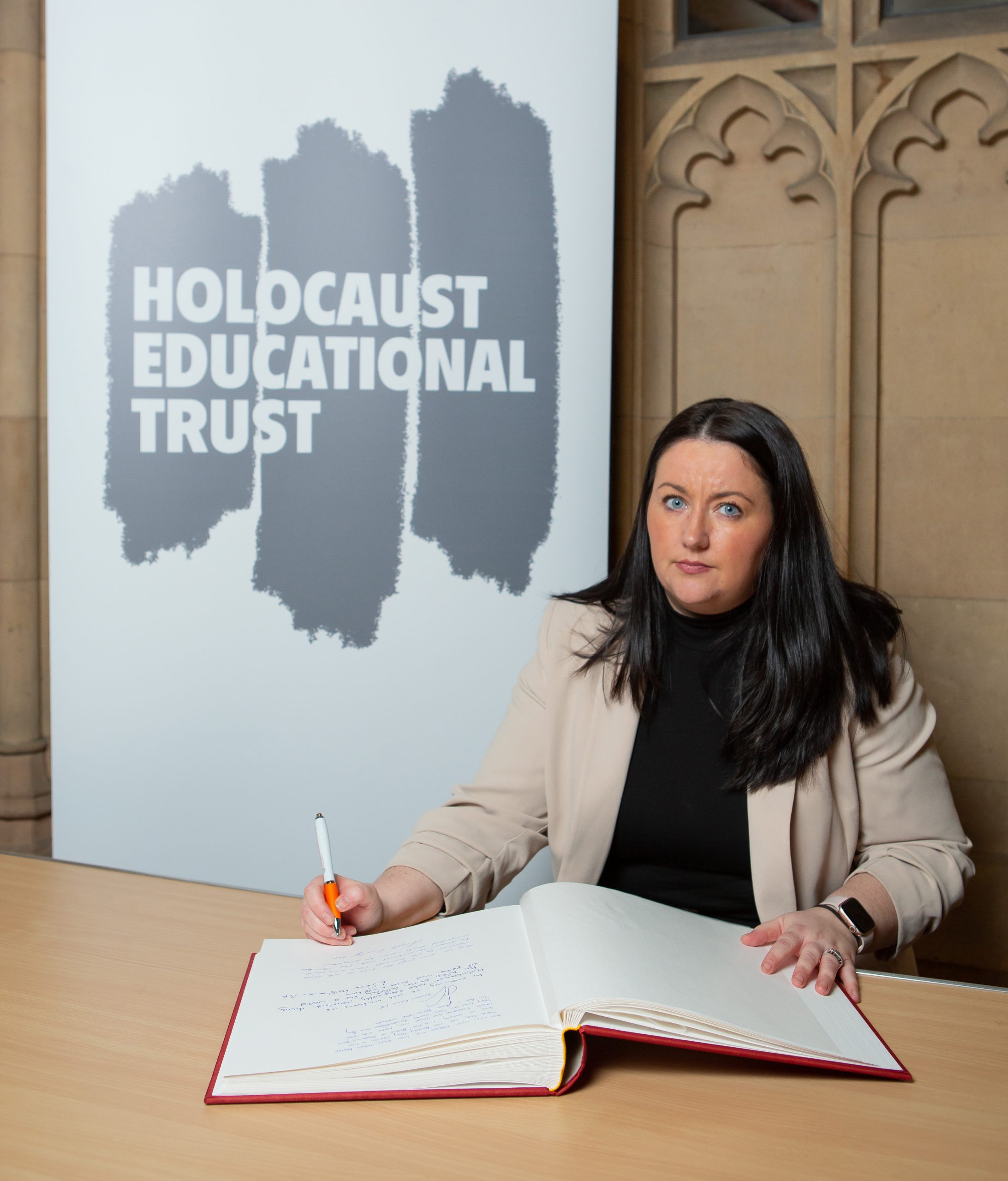 This week Lanark and Hamilton East MP Angela Crawley signed the Holocaust Educational Trust’s Book of Commitment, in doing so pledging her commitment to Holocaust Memorial Day and honouring those who were murdered during the Holocaust as well as paying tribute to the extraordinary Holocaust survivors who work tirelessly to educate young people today.

Holocaust Memorial Day falls on 27th January every year, the anniversary of the liberation of the infamous former Nazi concentration and death camp, Auschwitz-Birkenau, in 1945. Across the UK – and world – people will come together to remember the horrors of the past.

In the lead up to and on Holocaust Memorial Day, thousands of commemorative events will be arranged by schools, faith groups and community organisations across the country, remembering all the victims of the Holocaust and subsequent genocides. The theme for this year’s commemorations is ‘Ordinary People’.

On Holocaust Memorial Day we also remember and pay tribute to all of those persecuted by the Nazis, including Roma and Sinti people, disabled people, gay men, political opponents to the Nazis and others. We also remember all of those affected by genocide since, in Cambodia, Rwanda, Bosnia and Darfur.

“Holocaust Memorial Day is an important opportunity for people from Lanark and Hamilton East to reflect on the darkest times of European history. Today, I pledge to remember the 6 million Jewish men, women and children who were murdered in Holocaust.”

“On Holocaust Memorial Day we remember the 6 million men, women and children who were murdered by the Nazis and their collaborators, simply for being Jewish, and we pay tribute to the incredible survivors, many of whom still share their testimony day in and day out to ensure that future generations never forget the horrors of the past. We also remember that antisemitism did not start or end with the Holocaust, we must all be vigilant, and speak out whenever it is found.”