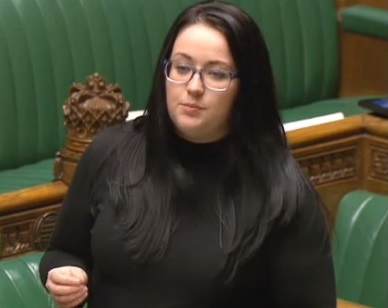 Families across Lanark and Hamilton East are being forced into destitution by the UK Tory Government, Angela Crawley MP has warned.

New figures have revealed the amount clawed back from struggling households by the Department for Work and Pensions through their benefits sanctions regime.

In August 2022 alone, the DWP took £2.3 million off claimants in Scotland, with £49,000 taken from households in Lanark and Hamilton East at an average of £256 per month for every sanctioned household.

“The UK Government are taking an average of more than £250 per month from struggling households in Lanark and Hamilton East during a cost-of-living crisis – a damning statement on how little the Tories care about the struggles of ordinary people.

“These figures show the devastating impact of the UK Government’s existing regime on people’s ability to feed themselves and fend off destitution.

“The cruelty of the DWP under this Tory government is on full show, hammering and leaving households destitute through a cost-of-living crisis with unnecessary sanctions.

“In Scotland we’ve taken a much different, more progressive approach, opposing Westminster austerity by uprating benefits in line with inflation and increasing the Scottish Child Payment – work the Tories would do well to learn from.

“The sad reality is though that all that work remains at risk and is ever-undermined while we remain attached to the broken Westminster system at the mercy of the callous Conservative Party – demonstrating once again why households in Lanark and Hamilton East desperately need independence.”