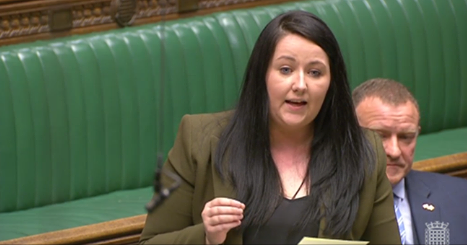 Campaigning SNP MP Angela Crawley has said she will continue to campaign for legislation to bring in paid miscarriage leave for all in 2023.

The Lanark and Hamilton East MP introduced a private members’ bill that would bring in at least three days paid leave for anyone who had experienced a miscarriage before 24 weeks – but Westminster’s broken system and lack of support from the UK government meant the Bill hasn’t gone beyond the second reading.

Introduced under the Ten Minute Rule, the bill unanimously passed its first reading in July but was talked out by Tory MPs ahead of its second reading – this will be the second time this has happened. This is despite the Bill having support from all political parties and a petition, signed by more than 40,000 people, calling for paid miscarriage leave.

One in four pregnancies end in miscarriage, however, under current UK legislation, workers are only entitled to paid bereavement leave following a stillbirth after 24 weeks of pregnancy.

“My bill has support from every party in the House of Commons, the only thing it needs now is the support of the UK government.

“I am urging Tory Ministers to do the right thing and back my private members’ bill in the new year to give parents who experience miscarriage before 24 weeks the right to paid leave.

“Parents who experience a miscarriage or stillbirth at any stage of their pregnancy deserve to be
properly supported and given the time they may need to grieve and process their loss, without
worrying about a hit to finances or taking annual leave.

“The SNP Scottish Government has already done this where they have the power. It offers three days paid leave for parents working in the public sector who suffer miscarriage before 24 weeks. However, as employment law remains reserved to Westminster it can’t be implemented across the board without UK legislation.

“Parents working in the private sector in Scotland shouldn’t have to wait for Westminster to act. It must back my Bill or devolve the powers to Scotland so we can make that positive change.”